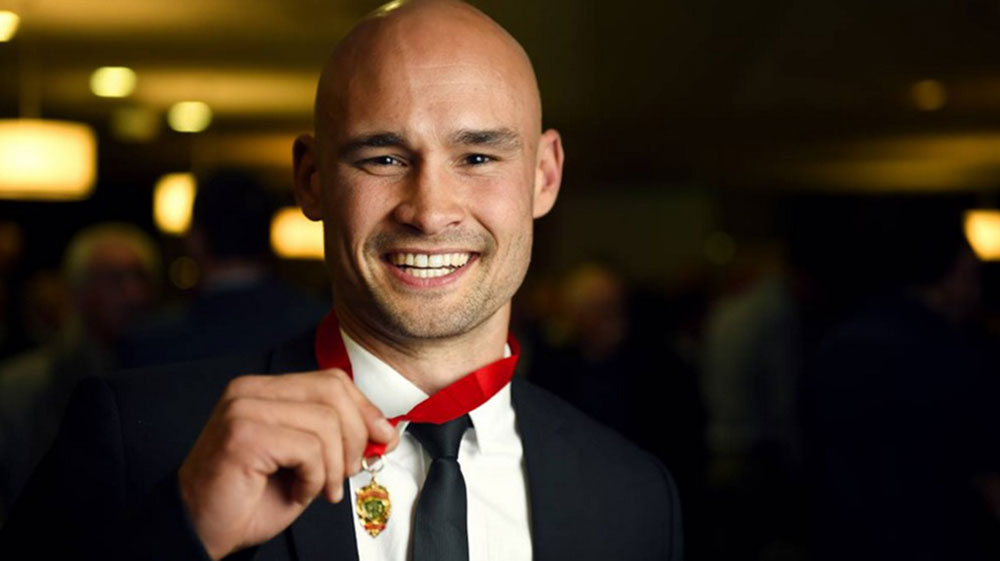 We caught up with 2015 Henderson & Whelan Medalist, Steve Kennedy, to find out the secrets to his stellar season, his plans for the future and the people and players who have helped to shape his career.

You’ve had an outstanding year Steve. What have you done differently this year to take your performance to the next level?

I left my local club to come to Darley in 2014 and it was probably one of the best decisions I’ve made. I think stepping out of my comfort zone has probably had the biggest impact on my performance over the last couple of years.

I also took a different approach to my fitness this year. I found that my body was always tight and my flexibility had suffered after years of weight training. I was prone to injury and it was affecting my mechanics. So I started doing yoga a few times a week and just focused on body-weight exercises and cardio/endurance style workouts. It has definitely helped with injury prevention. This is probably the fittest, strongest and fastest I’ve ever been.

What do you think changed between 2014 and 2015 that earned Darley a premiership this year?

I think 2014 was all about player development and setting up solid foundations with our structures and game plans. When we were able to implement them, we were unstoppable but unfortunately we weren’t consistent enough. But that was all part of the learning process that helped us succeed this year.

Even though we had a disappointing knock-out in the finals in 2014, making it that far helped to create confidence and belief amongst the boys. We all realised that a flag wasn’t far from reach and I think that motivated everyone to step it up a notch this year.

During the pre-season and throughout 2015, we definitely took what we had learned from the year before and worked hard to improve in the areas that were letting us down. We stuck with what had worked well for us in 2014 and kept working to refine and improve those aspects of our game.

We also had a really good mix of experienced players who led by example while the younger boys really stepped up to fill their roles every week. Everyone committed to training and gave it 100% and the added professionalism really helped us to perform consistently.

Who have been the biggest influences throughout your career and who do you model your game-style on?

The biggest influence on my career would be my dad and brothers. My dad taught me everything I needed to know as a young kid. He taught me basic skills and took me to the footy every week. My brothers and I would play kick to kick for hours after school and on weekends. We always had a footy in our hands!

I follow North Melbourne so growing up in the 90’s, I modelled my game on Anthony Stevens. These days I love the smoothness & silkiness of Daniel Wells’ game.  I’m always trying to add more strings to my bow so in recent years I’ve watched Gary Ablett pretty closely; how he uses his body in the contest and his ability to get forward and kick goals.

What do you hope to achieve in 2016 and what are your plans for the future?

I’ll be focusing on continuing to improve my fitness and endurance for next year and I’d like to win another best and fairest. But the ultimate goal is to bring home back-to-back flags.

I’ve always said I’ll keep playing footy for as long as I can, until my body doesn’t hold up anymore. I’d like to think I’ve got at least another 5 good years ahead of me, maybe even a few more!

When I do eventually retire, my goal is definitely to coach a senior side.