Darley Through to First Senior Grand Final Since 2008 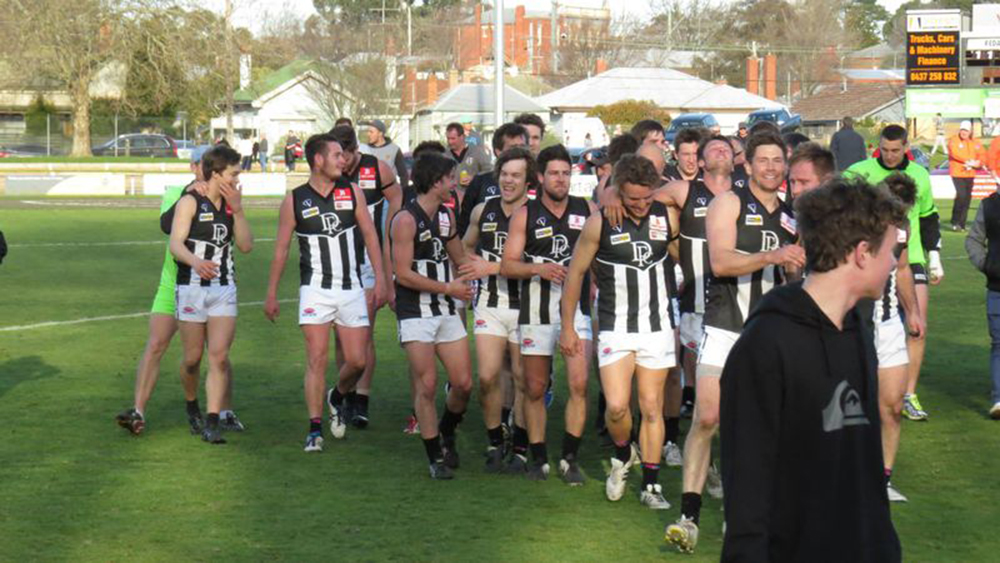 The Devils are through to their first BFL Grand Final since 2008 after a hard fought win against Redan at Eastern Oval on Saturday.

Supporters turned out in huge numbers to watch one of the most entertaining matches of the year with the Darley faithful erupting at the final siren as the Devils secured a place in the Grand Final with an 18-point victory over the Lions.

Darley delivered one of their most outstanding team performances for the year to hold off Redan who refused to give up.

Ryan Closter was at his dominant best in the forward line, booting 4 majors followed by Rhys Ellis with 3 and Steve Kennedy with 2.

Darley has earned a week break and will face the winner of this week’s Preliminary Final between North Ballarat City and Redan in the Grand Final on Saturday 19th September.

Read more on The Courier.