Devils Cap Off 2015 Season with a Fairytale Ending 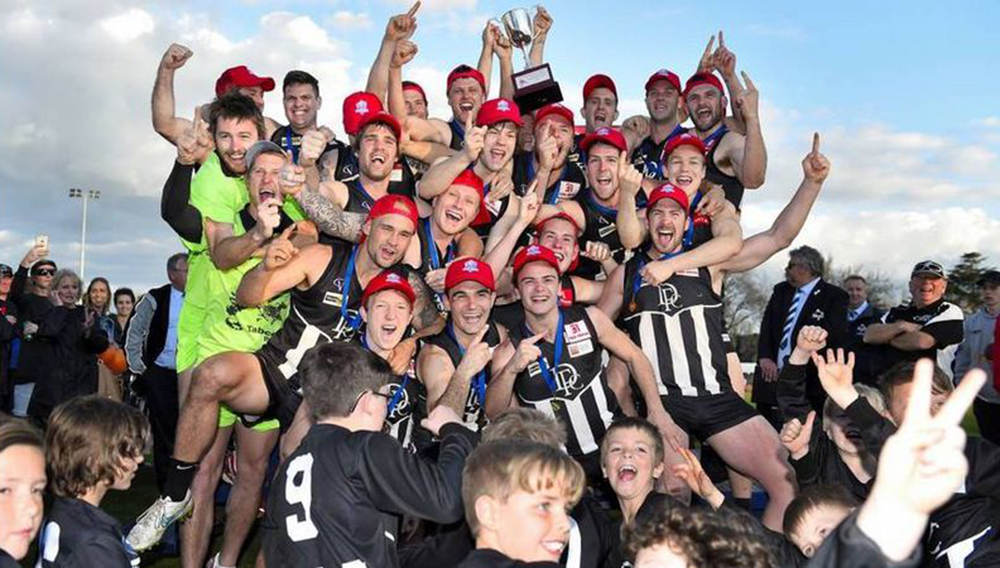 Despite their big-game experience, North Ballaray City were no match for a formidable Darley line-up whose dominant display saw the reigning dual-premiers defeated by a crushing 61 points.

The Devil’s created plenty of scoring opportunities in the first term, but inaccuracy in front of goal saw the scores level at quarter time.

The Devil’s dominanted the contest in the second quarter, taking control as Matt Ingliss booted two majors. As half time approached, Darley showed no signs of relaxing the pressure.

The onslaught continued in the third quarter with the Devil’s booting three unanswered goals to open the final term with a comfortable 40-point lead.

When Richard Knight kicked a goal within the first minute of the last quarter, the game was sealed.

The 2015 Premiership is the club’s first taste of grand final success since the 1995 Premiership when the club was still part of the Riddell District Football League.

The Devil’s came close in 2008 but a devestating grand final loss was followed up with a disappointing finals campaign in 2009. The next few years saw Darley continue to slip further and further down the ladder.

The club started planning its path back to the top of the Ballarat Football League in 2011 after a disastrous season in which Darley lost all 16 games.

Devil’s vice-president, Mark Shelly, said a new era began for the club when Rod MacPherson was appointed senior coach. Rod was a taskmaster who set the bar high. He always said he wouldn’t be senior coach for a long time, but his influence during that time saw the culture at the club change dramatically, starting the Devil’s off in the right direction.

Since appointing Jarrod Edwards as senior coach in 2014, the club has continued to go from strength to strength both on and off the field.

The 2015 Premiership is the culmination of years of planning and hard work and will always be remembered as one of the proudest days in the history of the Darley Footy Club.