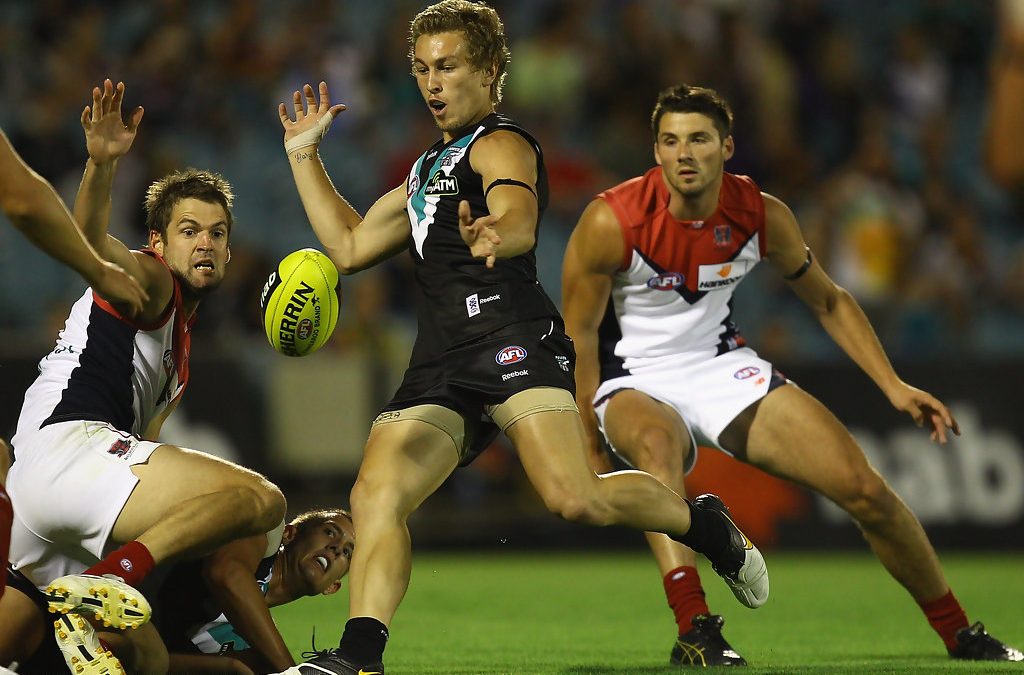 Darley have lured home-grown talent, Mitch Banner, back to the Ballarat Football League.

The former AFL midfielder will wear number 9 for Darley in 2016.

Banner, who grew up in Melton, has been busy getting to know a bunch of new faces at Darley Park and says he’s looking forward to playing in the Ballarat Football League next year.

As the Devil’s push towards back-to-back flags, the timing of Banner’s return to his local league couldn’t be any better!

Banner, a product of the Western Jets, comes to Darley from the VFL where he integral to Williamstown’s 2015 premiership.

His impressive track record at AFL and state level will make him a damaging addition to Darley’s already dominant midfield.

Steve Kennedy and Banner became close friends after playing together for the Western Jets and if history is anything to go by, the pair are set to become one of the BFL’s most damaging midfield duo’s.

Kennedy said “Banner is definitely going to add considerable class to our midfield. He’s a proven goal-kicker and we’re all really excited to have him on-board.”

Banner claimed the Barry Round Medal for the Jets best-and-fairest and was named in the 2008 TAC Cup Team Of The Year before being snapped up by Port Adelaide where he made an impressive AFL debut in 2010.

Banner’s axing from the side at the end of 2012 did not affect his on-field performance in the WAFL where he put his opponents to the sword while playing for South Fremantle in 2013. He averaged 27 disposals a game, was the club’s leading goal kicker (33 goals for the season) and finished third in his former club’s best-and-fairest.

Darley President Grant Wright said “It’s great to welcome Mitch to the group. What he will bring to the group and what he can teach will be second to none.”