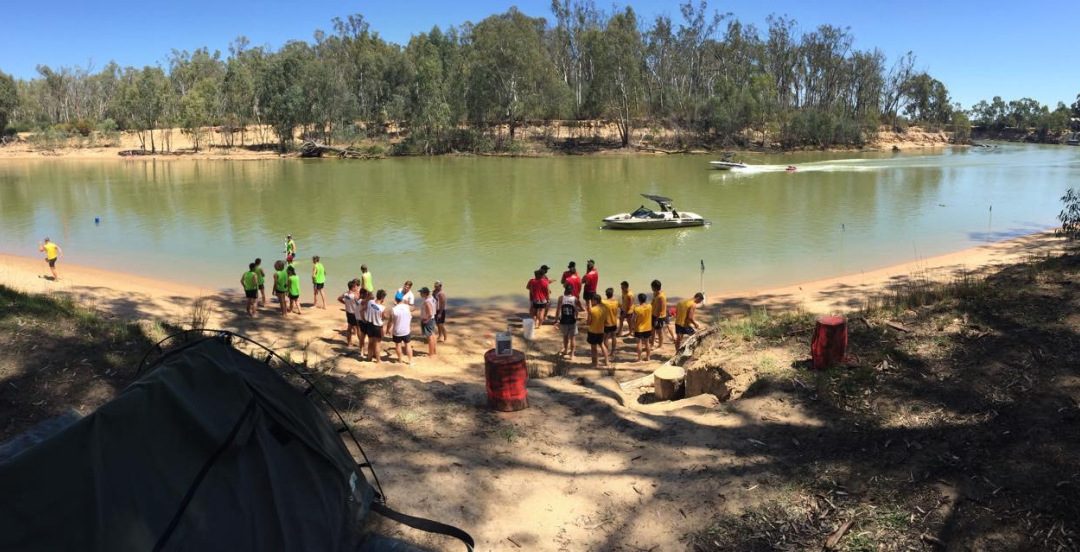 On the back of the Devil’s 2015 premiership win, an ambitious #back2back campaign has dominated off-season discussion and while Darley can certainly talk to talk, do the Devils have what it takes to walk the walk?

You better believe they do!

If history has taught us anything, it’s that Darley doesn’t shy away from hard work and sacrifice, and that doesn’t look to be changing any time soon.

After tasting success in 2015, Darley is more motivated than ever to hold on to top spot and the proof was in the pudding as 37 players, coaching staff and a four-man support team packed their swags and sleeping bags, bound for the banks of the Murray River for the 2016 Pre-Season Training Camp.

The 3-day Camp was an initiative by Coach Jarrod Edwards, developed in association with the Committee in a bid to springboard Darley to another successful year both on and off the field.

The effort that went into planning this trip, and the tireless support from people within the club, is a reflection of the strength of the culture that has underpinned Darley’s transformation in recent years.

Marty Dunen oversaw the physical aspects of the site, generously providing a large block which included access to amenities and a private sandy beach. Head Chef, Darrell Ancrum, volunteered his time to cook breakfast, lunch and dinner for the entire Darley army, while Grant Wright and Anthony Lopes (Goose) gave tremendous support to ensure the whole trip went off without a hitch.

Combining hard work, team-bonding and some light-hearted fun, the Camp capped off an intensive pre-season slog which has tested the Devil’s commitment and determination. The Camp demanded 110% effort, and true to form, all 37 players rose to the challenge to set a new benchmark for hard work and unity.

Players were divided into four teams, captained by Luther Baker, Jake Ancrum, Tate Stone and Sam Holt. Teams earned points by completing a series of physical and strategic challenges that tested their communication skills and ability to work effectively together.

After a day that demanded incredible physical and mental strength, endurance, stamina and determination, it was back to camp where the Devils got to unwind and showcase their talents away from the footy field.

Laughter and applause echoed throughout Moama as a Red Faces Show around the camp fire delivered some truly unforgettable performances.

Overall, the 2016 Pre-Season Camp was a successful and enjoyable experience for everyone involved.

It affirmed the no guts, no glory ethos that puts the club in the best possible position to succeed in 2016. And while there are no guarantees that we’ll see a repeat of the historic 2015 performance, there’s absolutely no doubt that everyone at Darley will be giving it all they’ve got to wage a successful #back2back campaign this year.