Reigning Premiers Make a Return to the Track 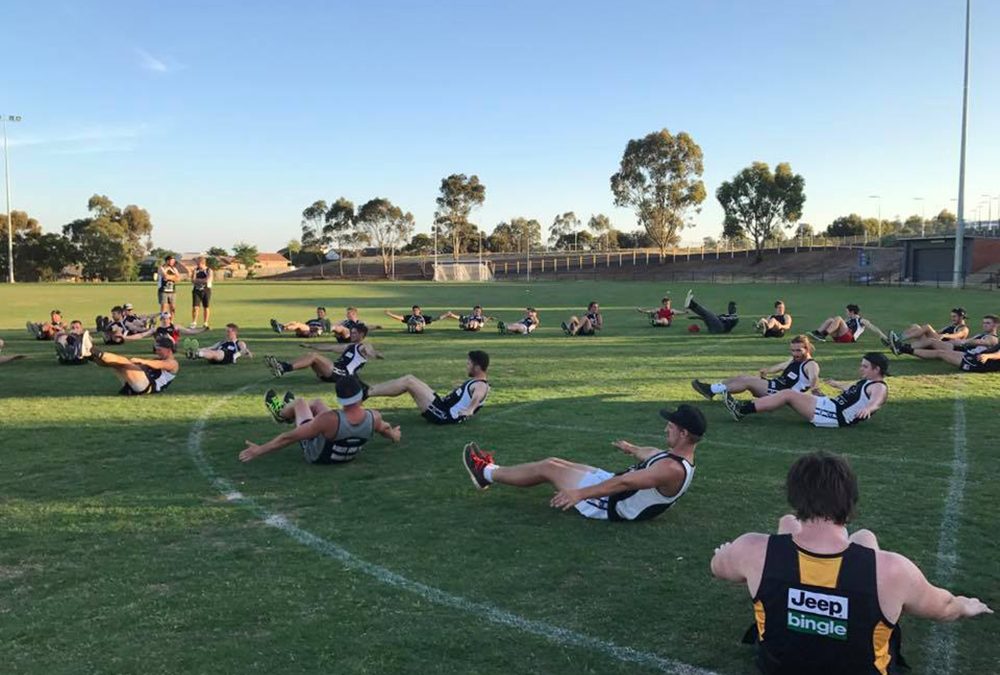 The excitement of the 2015 Premiership has barely had time to wear off, but it’s back to business this week for the Devil’s as they kick-off the 2016 pre-season tonight at Darley Park.

Complemented by a handful of new recruits, the majority of last year’s premiership side will make a return to the track with their sights firmly set on claiming back-to-back flags.

2015 Henderson & Whelan Medalist, Steve Kennedy, said the premiership buzz can still be felt around the club.

“It’s a great feeling and I know it’s going to help to create a really good energy for the pre-season. We have a lot of the same players back from last year’s team and the coaching staff is still intact, but I think this is going to be a totally different year. We’ll have to work harder. We can’t rest on our laurels”, he said.

“It’s obviously important to savour last year’s achievements, but it’s also really easy to lose momentum when you spend too much time looking back,” Kennedy said.

These sentiments were echoed by the coaching staff who say it’s time for Darley to turn it’s attention to the year ahead.

Expectations are high for another stellar year, with the hashtag #back2back already trending among the Darley faithful. But as the modern game of Aussie Rules continues to evolve to become faster and more physical, so too must the Devil’s if they’re to remain at the top in 2016.

With that in mind, this year’s pre-season slog is set to be one of the toughest yet! But the Devil’s are certainly no strangers to hard work.

The pre-season program will focus primarily on developing players fitness base and continuing to refine basic skills. The fitness program will specifically target agility, pure speed and endurance to ensure the Devil’s are able to sustain high-intensity efforts from siren to siren. Skill-specific training will be centered around match simulation drills that recreate real game situations and challenges, to enhance fitness and game-day performance.

The Devil’s hard work and training will be put to the test during a series of practice matches later in the year. Stay tuned for details and be sure to show your support for the Devil’s as they launch their 2016 #back2back campaign!